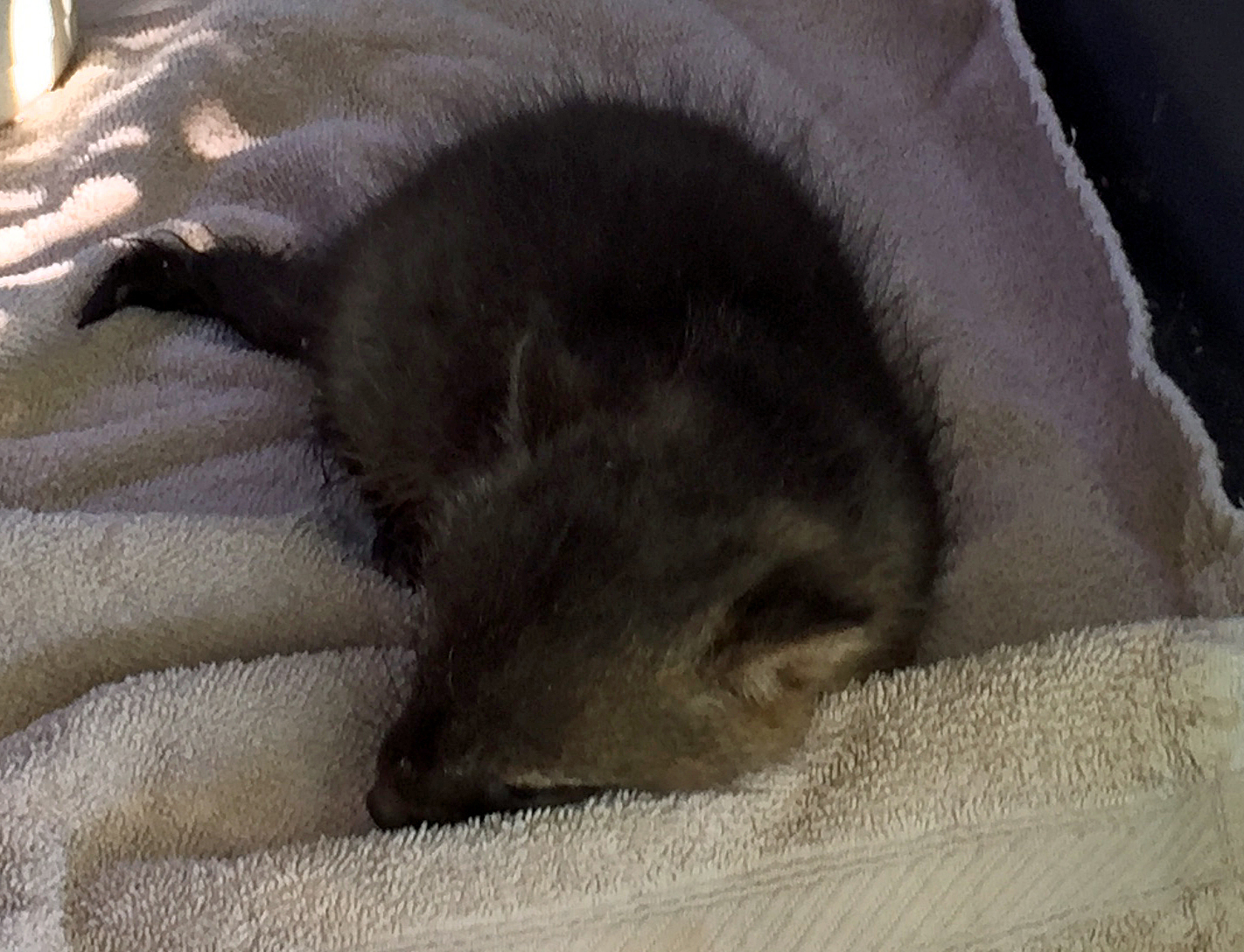 When we lived in the city, the only wildlife we saw on a regular basis were pigeons, hummingbirds, and various people on our street!

Since moving to northern California, we have experienced critters of all types – foxes, bears, bobcats, mountain lions, hawks, skunks, squirrels and woodpeckers (both so destructive!), song birds, lots of hummingbirds (we feed them the ‘good’ stuff), Canadian geese, frogs, snakes, coyotes, and even a leech!

I was going to write about all our critter adventures in one post, but the coyote pup rescue was a rather involved and lengthy one, so decided to give the story its own entry.

A couple of years ago, our dogs started running down to the culvert pipe that runs under our driveway. They whined and pawed at the ground and we dragged them away. Then we started hearing noises from inside the pipe, and we knew there was something alive in there. First thought: Skunks! After looking inside with a flashlight, we determined there were furry babies of some sort in there.

We believe they had been there awhile without their mama.

So, on that Mother’s Day, Operation Coyote Pup Rescue began!

Since the pups were almost in the middle of the driveway pipe (about 20 feet long), we had to find a way to get them to come out one end. Larry came up with the idea of using old PVC pipe we had lying around to gently coax them out.

He and Darcy glued several pieces of pipe together, added a T at the end, and wrapped the end in an old towel.

We placed a live trap at one end of the culvert pipe, with a blanket over it (to keep the sun off them and to make them feel safer entering the cage) and wet dog food inside to entice them to enter.

Then we started the long process of trying to push the pups to the trap end, using the long, towel-wrapped pipe to prod them. Our cat, Timmy, was ‘helping’!

There is a little carved-out area inside the culvert, and the pups had made their bed in that area. This made coaxing them out even more difficult.

When the first one made it out, we were ecstatic!

Larry transferred the pup to a small kennel, and then we went back for another.

The poor little thing was so tired.

It took over 2 hours to get both pups out.

We called a local rescue group, and they sent someone out to pick up the pups. She bottle-fed them before loading them up to take to a coyote rescue in Sacramento.

They were so cute!

The first year we lived here, we lost our cats, Sandy and Chipper, to a wild animal, and we know it seems foolish to save the same type of animal that preyed on our beloved cats; but, the fact is, we have a soft spot for all animals, especially baby ones.

Please come back later for more critter adventures – you just never know what will happen out here!

From Serving Tray to Nightstands 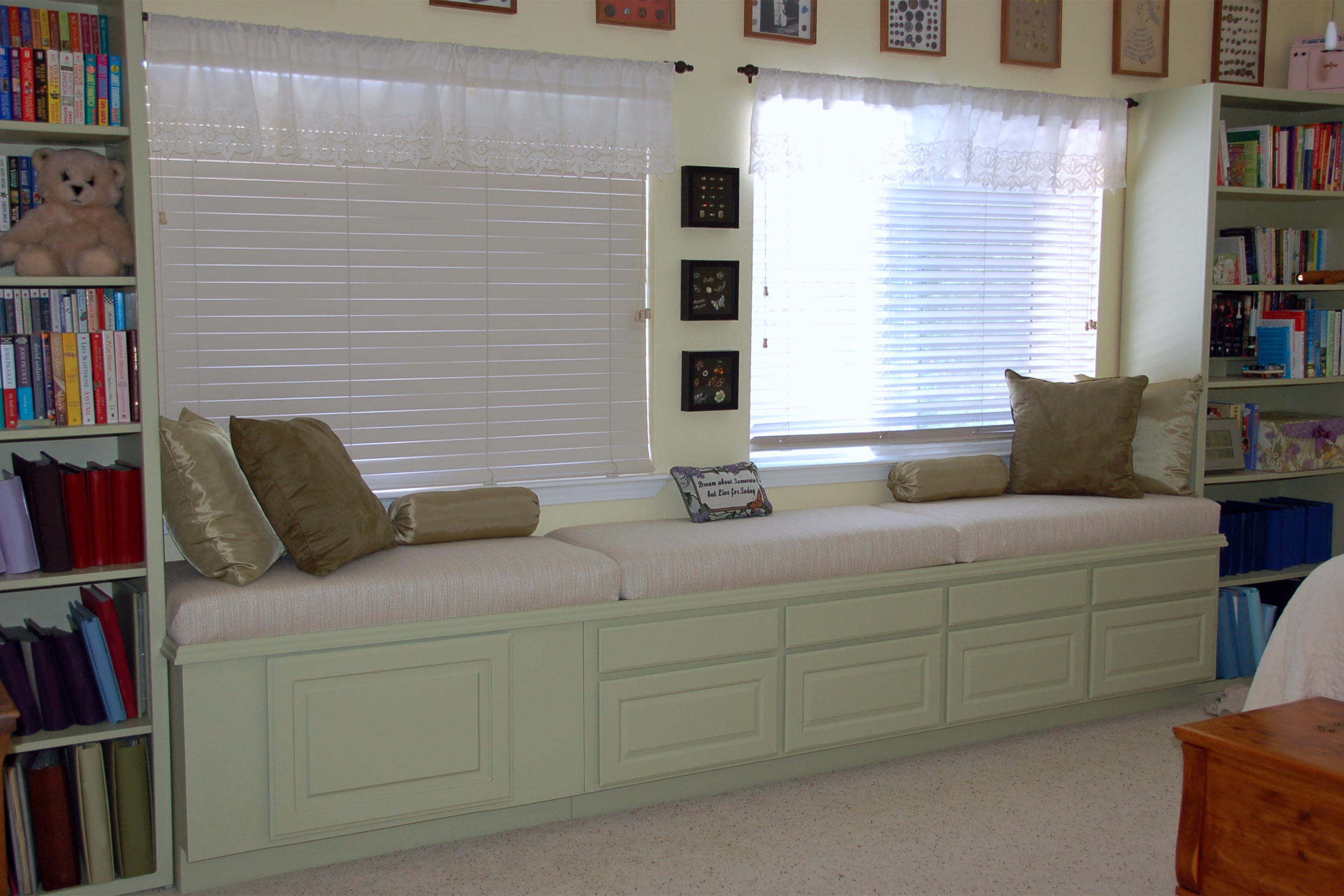 Ode to a Window Seat 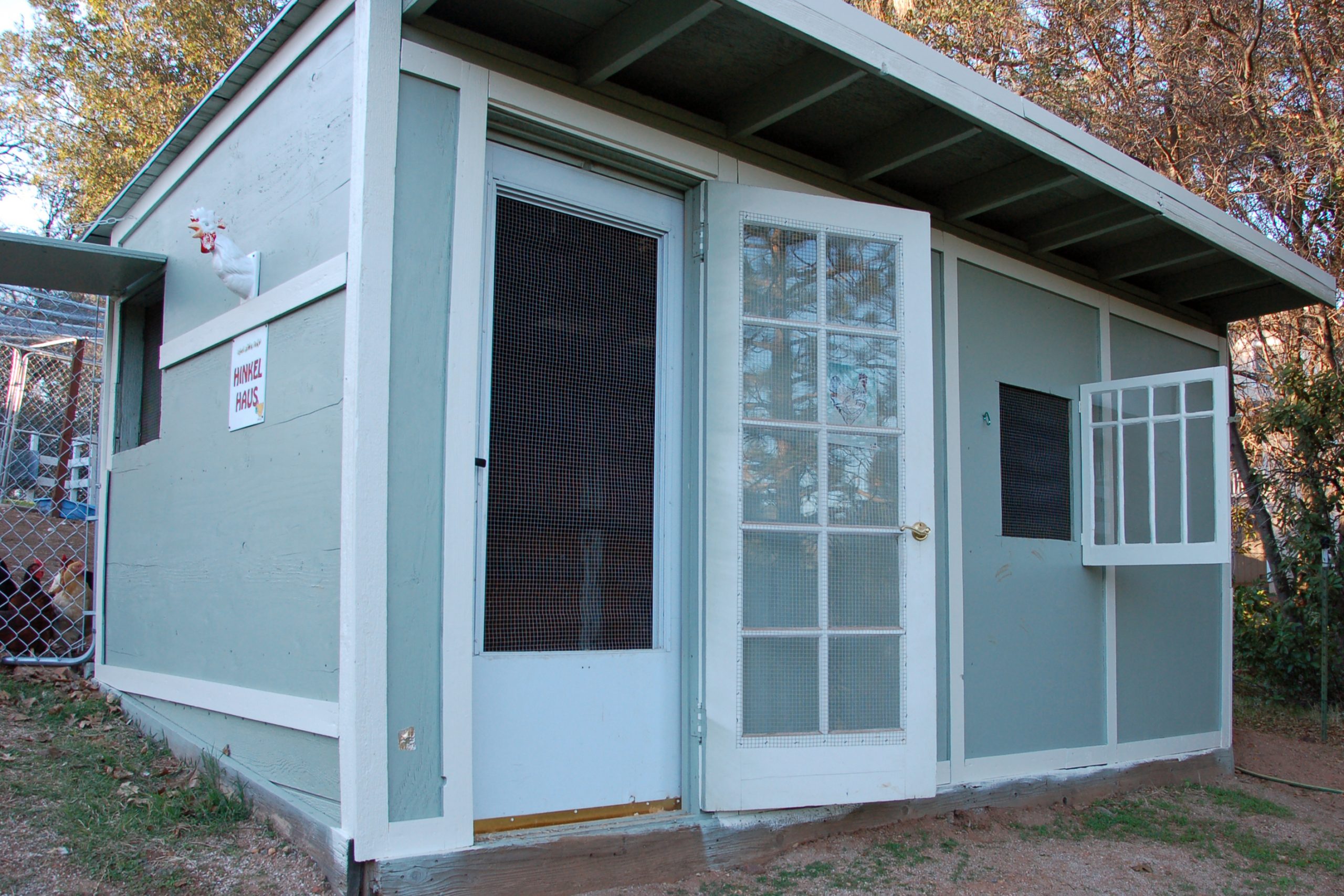 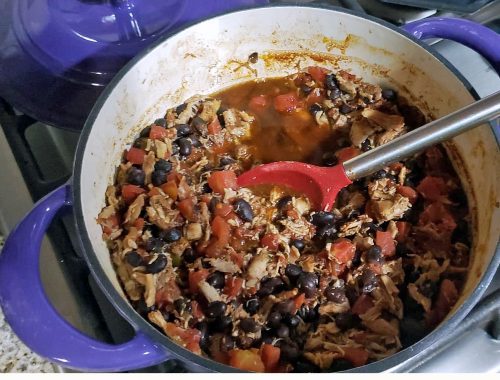